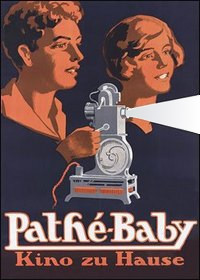 It is very clarifying to see that appearances don't mean anything in themselves. They seem to get value through the ideas projected on them. Usually one places the cause of 'upset' or 'agree' outside, unaware of the underlying inner mechanics.

Denied - or cherished - past gets weight, from which convictions evolve. Consciousness, looking around from that, sees the outwardly projected inner confusion. It hates the outer world, without realizing it is in resistance to the denied inner world.

Circumstances are seen through the spectacles of the past. Attention rebels and tries to get the world under control, hoping it will stop the reminders of what was hidden away. Unconsciously attention is ruled by projections.

Memories get meaning, if avoided. Through that circumstances get a similar, projected weight. Anything might serve to evoke indignation, from a late neighbour party to a misunderstood word. Ego-activity feels offended by the lack of respect. Unconsciously it feels attacked by the thoughts it believes about everything, but it places the responsibility for that feeling with the surroundings.

Appearances are, 'inside' as well as 'outside', a screen on which ego-activity projects assumed meaning. An ego needs projections to ascribe existence and value to itself. Consciousness seems to get entangled in a web of attention and belief. An imagined parallel universe turns into a hell, in which convictions give the impression that 'I' am being wronged.

Seeing that the leading role in this theater of assumptions is an illusion, evaporates the fear. The ground, on which survival grew into a gestalt, is recognized as imagination. Defense of an illusion isn't needed anymore, attention relaxes. Consciousness happens person-less and spontaneous as Awaring… Thinker, doer and owner are imaginary concepts.

It is clear that ego-activity divides the individable Life into pieces. With that it pretends to be able to name and explain Life. It looks from a central me-shape, which is apart from everything. Through this imagination consciousness seems an object that has to protect itself.

The question 'what is conscious?' makes aware of Life-Love-Light. This is an Activeness that unifies. Psychic entanglements relax, which is benevolent for mind and body. In this way long obeyed networks of spiritual forms fall back in the sea of Light.