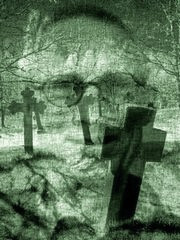 Im-mediate: direct, without means or medium, without something that depends on time, without agent, with nothing interposed, without intervention, without inter…

In this context this means: 'Beingness that needs nothing to suggest a form of being'. Usually Being is associated with a function, status or role… an assumed accomplishment or an act, a damaged self image, which is dramatised or romanticised.

This is the result of imagining Being as a separate form. This form gets meaning and value when it meets certain conditions. The conditions seem a means to Being: 'me' seems to be able to be there, only if the conditions are met.

The form feels deserted or lost when approval or support doesn't come. This happens in situations where the sense of the one light is missing and the focus is directed to objects. 'Seeing' happens from identification with a physical or mental form… 'me' seems a separate object.

This habit of estrangement stops in recognition of the inner, im-mediate Being… the direct Being. This im-mediate Being is not a form, although it seems to appear as form. This Being is the actual Openness in which temporary perceptions appear.

The 'falling back' of attention inward, in the inner Openness, brings a realization of the true nature of Light. Believe in the false identity collapses… the projecting from delusion stops.